There are currently 174 books on my Amazon wishlist that I could order directly from Amazon. (My wishlist has a total of 195 books, but 21 are only available from other sellers.) Total price is approximately $3,549 (I rounded all prices to whole dollars), for a mean of approximately $20 per book. 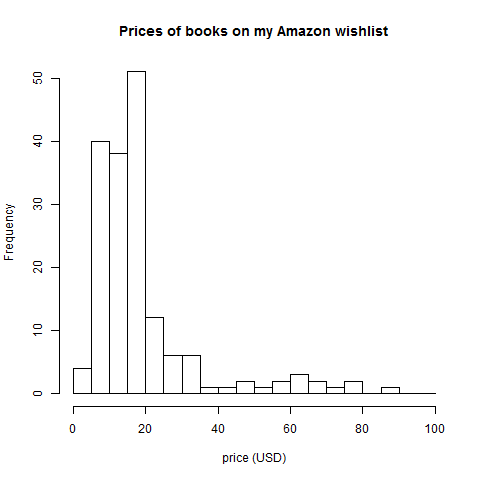 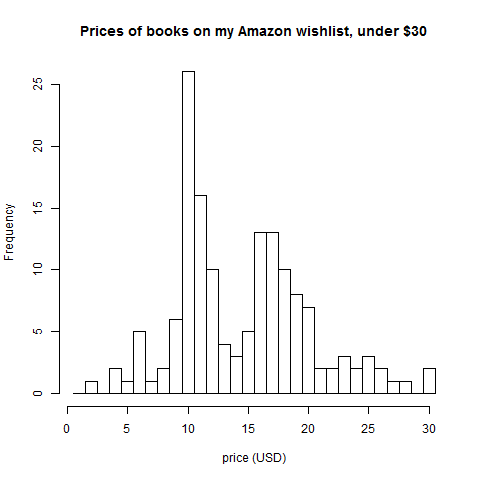 The two peaks are easy to explain: paperbacks and hardcovers, respectively. The long right tail is pretty much exclusively made up of technical books. I’d suspect that for those who read a lot but don’t buy technical books, the bimodality holds up but there’s a lot less skewness.

(If you look closely you might see a third peak, at around $60, but in a data set of this size I’m not sure that’s real.)

This is a much less depressing example than my standard example of a bimodal distribution, salaries of first-year lawyers.

9 thoughts on “A real-life example of a bimodal (or trimodal?) distribution”